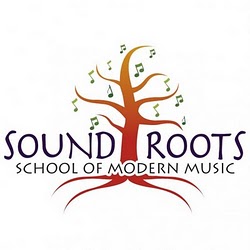 
We celebrated the kids’ birthdays at Sounds Roots, but before I share more about the celebration, there’s a bit of a back story.


It happens that five kids have birthdays within two weeks of each other in his class. I should have known it, but it turned out that three parties were planned for the same day! After considering my options, I ended up calling one of the other mothers to see if she was open to joining forces for a combined party. Thankfully, she said that she had thought about asking earlier, and they were happy to celebrate together.


We shared expenses and hosting duties. I brought snacks (pirate booties, Barbara’s cheese puffs, pretzels, raisins and yogurt covered raisins). I also brought our supply of reusable plates, cups, and silverware.  The extra bonus was that she is way better at cupcakes than I am, and the kids loved the chocolate on chocolate with sprinkles! She also brought coffee for the adults, which was much appreciated.


But it was the music that was the highlight for everyone!


We had Mo Phillips, and he’s just the guy you want for a rockin’ party. He really does a great job of getting to know his audience, and engaging the kids in whatever they are into. He takes all the crazy kid energy and turns it into music. They have lots of tambourines, shakers, and hand drums for the kids to play themselves too. He sets up a couple of microphones for the kids to sing along with, and our Big Guy belted out “The Yellow Submarine” a couple of times. Then, after getting them buzzed on sugar, they opened up their adjacent blue room. There the kids could jam on electric guitars, keyboards and a big drum set. Fair warning – it can get pretty loud, but the cacophony is worth seeing them all live out their young rock star dreams!


Like last year, we did a book exchange – which is a great way to avoid the chaos and clutter of presents. If you’re in b-day party research, I wrote more about celebrating a “green” birthday last year.


Next year I hope to make some reusable party napkins too!


How do you celebrate your kid’s birthday?
How much do you spend? 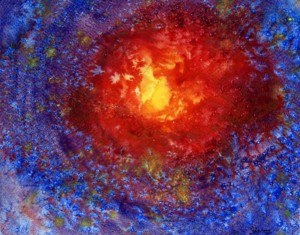 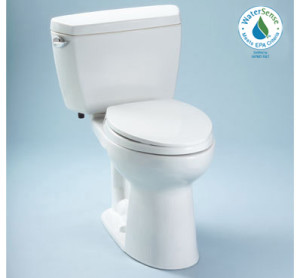 This past Sunday, Hubby and I spent the day buying and installing a new toilet for our upstairs bath. We weren’t planning on investing in such a home improvement just yet, but we were forced into it.


When EcoMaids came for their first cleaning, they found a slow leak outside the toilet…who knows how long it had been dripping! We attempted to fix it, and thought we had…until a few months later they returned to find the leak was back…apparently none of us pay much attention to the space behind our toilet! But then last week EcoMaids returned to find the leak dripping even faster! We were tired of trying to trouble shoot ourselves, and since our toilet was an old water hog, we didn’t feel it was even worth calling a plumber.


So, the only question was, which toilet should we buy?


We new that we wanted a WaterSense certified toilet (they are actually third party tested). But I got some advice from my friends in the Portland Water Bureau’s conservation group. I know they can’t endorse any particular brand or company, but they suggested A-Boy Plumbing, and mentioned Toto among the top rated brands. (Since purchasing/posting I found a NW Renovation article on choosing a toilet by the owner of A-Boy). I also asked if there was any other feature I should look for in a dual flush toilet. I was a little surprised to learn that dual flush toilet may not necessarily be that much more efficient than the new High Efficiency Toilets. But it made sense to me that initial research is showing the when you average out the .8/1.6 flush with a 1.28 gallon single flush, it’s pretty much a wash.


This was happy news, since we didn’t really want to spent a ton on a toilet. There was really cheap (under $150) dual flush model, but once we started talking with the sales woman about what you get for your money, we opted for an affordable higher end toilet. Later I spoke with a friend, and she told me about a retched toilet nightmare that wasn’t fully enameled, so I’m already glad about your choice to avoid the plumber/plunger at all cost!


We chose the Toto Eco-Drake. Lucky for us the round bowl cost less, and this was all our bathroom could fit. We were instantly sold on the  slow self-closing, non-pinching model,  given that our old toilet seat was a heavy one that would crash regularly. This will be ideal for young kids!  It cost us $267, including the SoftClose seat and the $3 wax ring.


Our real savings came from installing the toilet ourselves.  Our research showed that Lowe’s would charge you $198.  Neither Hubby or I are very mechanical, but it was really straight forward. We watch a 4 min how-to video, and followed the basic directions. It took until around an hour, and we even managed to finish the job with Girly giggling on top of us while tightening the tank to the bowl!  It feels really good to get the project done at almost half the initial price.


But we will also see long term savings in our water/sewer bill, and this  Toilet Fact Sheet estimates that in Portland the savings for a family of four could be $300 a year…just like our insulation, it makes me wish we had done this sustainable home improvement sooner.


Also, in case all you need is to fix your toilet, here are some helpful how-to videos.


Have you invested in a High Efficiency Toilet yet?

We live in the “green bubble” of Portland on purpose.


Hubby grew up outside of Philly, and after discovering his environmental/city planning passion, he moved to Portland without knowing a sole…over 12 years ago before that was popular! I happened to grow up in rural Southern Oregon, but as far as cultural geography goes, it’s a different world. We intentionally chose to settle down in Portland, largely because we see it’s potential for creating a sustainable urban society…or at least having fun while trying.


So that’s why I can’t help but share Portlandia, a new IFC comedy TV series that makes fun of all thing “Portland.” I’ve only checked out a few short promos, and it’s hilarious! I don’t know if all the inside jokes will translates to viewers outside the proverbial bubble, but I think the entertainment value is pretty universal.


I know that sometimes I can take myself too seriously, and the show provided me with some good belly laughs. I hope you’ll get a laugh too:

What do you think of the Portlandia bubble? 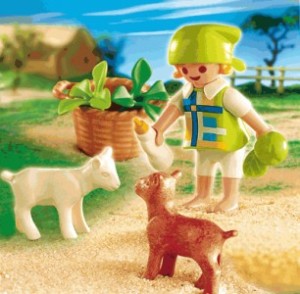 
It’s a work/school day for us, so our festivities will be limited to birthday cake for today. Our Big Guy turns 5 next Monday, so we’ll be hosting a combined party this weekend, and I’ll share more on that soon…also, I’ve never shared our family blog, Cronin Clan, but you can check out b-day photos/stories there if you like.


If you looked at our toy bins, you wouldn’t know it, but we really only buy toys for birthdays and Christmas.  So I always feel like I need to find toys that will give us the most bang for their buck in terms of age-appropriate development. I put a fair amount of research and thought into our choices. I really like the Fat Brain Toys site, which shows toys according age, which is where I first found the Wobble Deck. My Twin Sis is also very thoughtful, and last year she bought a Fisher-Price Bounce & Spin Zebra for Girly, this smiley video how much she loves it!

But this year Girly is really enjoying her well stocked homemade kids’ kitchen, so I went pretty simple for her this year. Lately Big Guy is addicted to playing cards, especially

. Surprisingly, he’s super excited about our summer trip to Legoland, but he hasn’t asked to even play with his one Lego set in at least a month! Funny, because his buddies are gaga for Legos, just goes to show you how different kids’ interests can be…yes, Big Guy did ask for the yoga mat!


I also bought most locally, and got   Supportland   credit!


I coordinated gifts with my Twin Sis, and she got them more learning games  from  Black Wagon  and a fantastic book series she found on Zulily: What Does It Mean To Be Green?

, What Does It Mean to Be Global?

, What Does It Mean To Be Present?


My Mom used to over indulge kids with gifts (as Grandmas are known to do!), but she has respected our family “gift policy.” She hand felted Girly a few animals and is buying them their next pairs of shoes come spring (and no doubt a few handmade summer dresses :-). Thanks Grandma!!


Hubby’s parents sent some adorable cards and checks that will be deposited into new kids’ accounts…yes I talked about doing this last year, but this year I promise to save it!


What kind of birthday presents do you buy your kids?