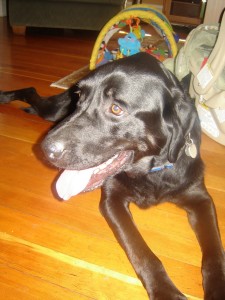 Many families wonder, what would it cost to own a dog? Well, since last summer we’ve been finding out for ourselves.


Last July we adopted our loving Doggy, a very large purebred black labrador who needed a family who would give him lots of exercise and lovin’. Our decision  was somewhat on a whim, so we were pretty naive about it all and I hadn’t given much thought to how much he would add to our monthly budget. Thankfully he hasn’t broken the bank yet, but here’s the rundown on things you might want to think about as a new dog owner.


Adoption:  Adoption is definitely the most cost-effective option. Unfortunately, due to the recession there are still many pets who have been given up and need a new home. The good news is that there are a lot of terrific pets available, and you’ll save a lot. Our Doggy was almost 5 when we got him, and had complete vet records which clearly showed that even a healthy puppy can be pretty expensive. We saved ourselves a lot of initial costs, and didn’t even end up paying a shelter fee because we adopted through a co-worker.


Supplies: While you have to really assess needs versus wants, there are still several supplies that come with dog owner territory: tags, leash, bowl, bed, brush, soap, chuck it, Frisbee and a Kong. You’ll also need several ongoing things: dog food, treats, dental bones and peanut butter for the Kong. We checked out books from the library, and researched online. Our start-up costs were almost $200, and our ongoing expenses average $40-50 per month.


Boarding: We’ve really lucked out on boarding, since I have a dog loving co-worker who has generously taken care of our Doggy on several occasions (we had several weekend trips planned before we adopted). I did spend $50 on a yoga gift certificate over the holidays as a token of our appreciation. If we hadn’t had such social capital handy, we would have to pay $35 per night.


Vehicle: Truthfully, it first really crossed my mind as we driving to meet our beloved Doggy that we might need to purchase a larger vehicle as a result of our new family member. This is especially true because of our love for camping, which as a family of four means a car packed to the rooftop. We are both a bit reluctant to buy a minivan, but our Doggy may push the issue earlier than we had hoped. We are going to try out a large rooftop carrier first…we’ll let you know the verdict after a cabin trip planned for May.


There are plenty of extensive resources on the costs of dog ownership if you want to consider it further.


Lastly, the decision to own a dog is not all about the expense though, and there are may “payoffs” that can’t be accounted for. We love going on walks as a family with our Doggy and playing fetch in the backyard. He provides free daily exercise and a mental break, as Hubby wakes up at 5:30 to walk him (part of the reason this blog is always set to post at 5:30). The first Girly giggles and BigGuy lessons are priceless. Plus, he’s now family.


Does your family have a dog, what expenses have surprised you? 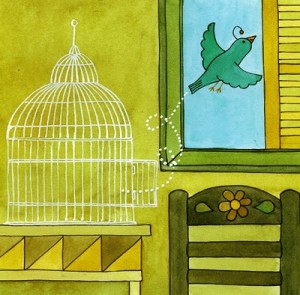 I’m not one to dwell on the negative, but after creating an emergency kit for my family it got me thinking about the other tasks that ought to get on my to-do list (perhaps yours too!)

I’m realistic and know that it takes an effort for a busy family to pay attention to these long-term “what ifs” of life, but hopefully if we pay them some head now we won’t have to deal with something more challenging in the future.

What other big-picture housekeeping have you done for your family? 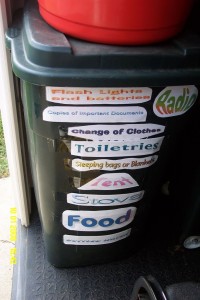 Typically I wouldn’t put myself in the category of “survivalist,” and I was pretty sure that the whole Y2K scare was a marketing ploy to sell stuff. Yet, as a Mama I’ve grown into the idea of needing to prepare my family and recently I’ve been a little obsessed with the task of gathering together a 72-hour emergency kit.

Just like how each family is unique, your kit is likely to be different than others, but to help getting you thinking about what you might want to include. We did put everything in a new rolling trash can, but I didn’t label it (found photo) Heres’ my list:

Many of the items on our list we already had on hand, but the extra expenses (including food) were around $100. Totally worth the investment.


I actually started the task before the tragic earthquake in Haiti struck, and as I wrapped up the last of the supplies I heard news of the devastation in Chile. My heart goes out to everyone impacted.


While I hope my family never needs these emergency supplies, I imagine that I will be relieved that I listened to that voice inside telling me prepare for the worst and plan for the best.


Here are a few more good references on this topic:


Does your family have enough supplies to last 72 hours?
What else does it include?

Trends change, and lately they are turning a darker and darker shade of green. In college I met an environmental lecturer who said that we would know that we were reaching a sustainable society when the clothes on our backs no longer destroy local cultures and environments. Apparently the darker the dye the worse the practices, and I happened to be wearing a brand new pair of black pants and eggplant purple top; I felt chagrined.

The runway shifts may have begun with a few local “trashion” shows, like Portland’s Junk to Funk, which shows how reused materials can become fashionable. Now the hot handmade online trading site Etsy has it’s own Trashion network for crafters with a knack for upcycling. A quick search also came up with a list of the Top 50 Green Fashion and Design Blogs…I’m definitely going to have to take a peek.

This week the Seattle Times had a interesting article on how “ Green is the New Black .”   Apparently even during the recession earth-friendly apparel is moving fast. I find this interesting, because despite the appeal we can’t afford Patagucci or local boutique baby clothing. I bought an overpriced bamboo shirt two years ago, and I still feel a twinge of guilt. I also have a little bit of mommy-guilt around this issue too, because my Mama sewed our clothes until we started asking for store bought in grade school. Yet, as a busy working Mama, I can barely manage to keep my kiddos in clothes that fit them, none-the-less sew them myself!

Does your family purchase eco-friendly attire?
Or would you if it were more affordable? 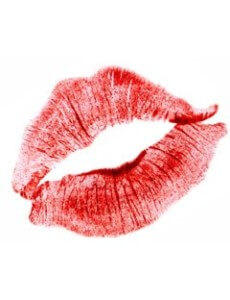 I should have heeded my high school teacher’s advice long ago: K.I.S.S. – Keep It Simple Stupid. After ten years together, it’s time for Hubby and I to merge our money.

I understand that there are some people who are philosophically opposed to having joint accounts. Initially in our relationship it only made sense to keep our finances separate on the principle of fairness alone, and I recall that during our first year of living together, we dutifully divvyed up everything 50/50. Yet, over the years we’ve co-mingled our finances beyond recognition. Since we’ve been married, we’ve technically had joint accounts, but have managed them separately which has become an increasing hassle for the CFO of the family. Aside from the fact that when we finally merge our money, it really won’t make any difference to our family’s bottom-line.

When you share kids, sharing finances doesn’t seem like such a big deal in comparison. It’s only actually been since our lives became overwhelmed by the hectic pace of family responsibilities that I’ve felt the urge to merge our finances. Since returning from maternity leave this fall, I’ve wanted to up my automatic payroll savings, but how much do I really have available to save? I’ve also been trying to sort out how many we can afford to tithe for our church, but I obviously don’t want to put us in financial jeopardy in the name of charity.

When I take the time to check my account online, I want to be able to quickly assess where our family stands financially. I feel like I’ve been in the dark lately not knowing whether we have the money there to spend or to save. (And, yes, I have tried using Mint, and initially was very excited in a nerdy kind of way about it, but unfortunately it doesn’t work with my community bank) I need to be able to answer these questions to have financial peace amongst the chaos of family life.

It’s also a trust and solidarity thing. I want to feel like my income is helping buy our home, not just pay for child care and the household expenses. I hope that merging our money will continue to build the foundation of trust that truly supports our family.

Lastly, yes, it will take a little juggling for Hubby to merge his auto-pay and auto-debits into my (our) account, but I promise to show my eternal gratitude and not nag him nearly as often.