Cloth diapers are not as difficult as our society makes it out to be. Sure, disposable diapers can be convenient, and I use them myself about 10-15% of the time. But once you’ve set up a convenient system, using cloth only really adds a load of laundry every 5-7 days. With all the laundry my family requires, I hardly notice the extra effort.

There is a bit of a learning curve to get a system that works for you. Using cloth diapers has become a lost art and parents need to find resources in order to demystify things.

I was actually talked out of using cloth with my Big Guy, by a friend who works in the environmental field. I ended up using G-Diapers as a middle ground, but had mixed results. Here’s my Diaper Duty story for #1 and #2.

Now that Miel has recently had her first child in June, I’ve been asked to reflect once again on my diapering experience.

Here are the three steps to setting up a diapering system:

1. This third time around using cloth diapers has felt like second nature. I started when Sweetie had grown out of of size 1 disposables, at about 12 pounds. Almost all of my diapers are made to grow with her and can expand with snaps. Starting at just after the newborn stage will save you money on diapers that you would only use for a month. Plus, it also gives you a chance to settle into parenthood with the new little person you’ve just created.

2. In an effort find the “right diaper” I ended up buying several different brands. This made it more complicated than necessary, since each diaper has it’s own nuances. Take my advice, and just buy the one brand that works, I really like the Thirsties Duo Wrap

and BumGenius works great too.

3. You’ll need more than just cloth diapers. The good news is that some of the items you can repurpose once you are done diapering. Here’s my list:

Once you have your supplies set up, the system is really easy…catching your toddler for a diaper change is the real challenge!

What does your diaper system consist of?

I first became intrigued about the idea of earning a side income by hosting with AirBnB last winter, after reading a great article from the perspective of a family from California (which naturally I can’t locate now…). I had just left my stable City income, and the idea of earning cash while on vacation certainly appealed to me.

A month later, I was interviewing Ms. Kathy about the prospect of enrolling Mama Bliss Coaching School and trying to figure out how I was going to afford tuition (which isn’t that much if I hadn’t already paid for the Simplicity Parenting training). She kept gushing about how much she loves Portland, and visits often, so on a whim I threw out the idea of doing a trade for staying at our place during the month of August, when we were already planning to be gone on vacation. It turned out that they were planning a big move, so it wouldn’t work. But the suggestion did get me thinking…“Well, what if I could earn that money from someone else staying at our place?”

We were already planning a big spring break trip back East, so initially I thought it would be great to get our place listed and hope that some family wanted to come to Portland for spring break. I did some more research about hosting, and decided to set up a profile. The only thing that was missing was photos.

But even as a Mama who strives to live a decluttered life, the place was never quite clean enough to be able to take photos for the world to see. So, I decided to clean and take pics the day before we were heading out of town. I was shocked to get two requests/reservations within the first 24 hours!

Our first reservation was for ten days when we were already planning to take our annual anniversary/family trip. We’re packing up for our trip to B.C. (Mayne Island/Vancouver Island and Van), and we’ll be making nearly $2k while we’re on vacation. A couple from Connecticut will be staying with their two grown daughters while they visit family in Portland. The woman even sounds excited about watering my garden!

Flash back to spring break, and ended up getting three reservations with guests staying at our place for nine of the ten nights we were gone on vacation. It brought in nearly $2k…nearly our monthly mortgage!

We’ve been out of town a fair amount this summer, and by Labor Day we will have grossed nearly $8k in our first six months of AirBnB rentals!

Even if you haven’t considered hosting until now, the potential for extra income may have you curious too… There’s a lot more to it than just posting a listing, so I’ll be sharing more of our AirBnB story…while we’re away on our road trip. 🙂 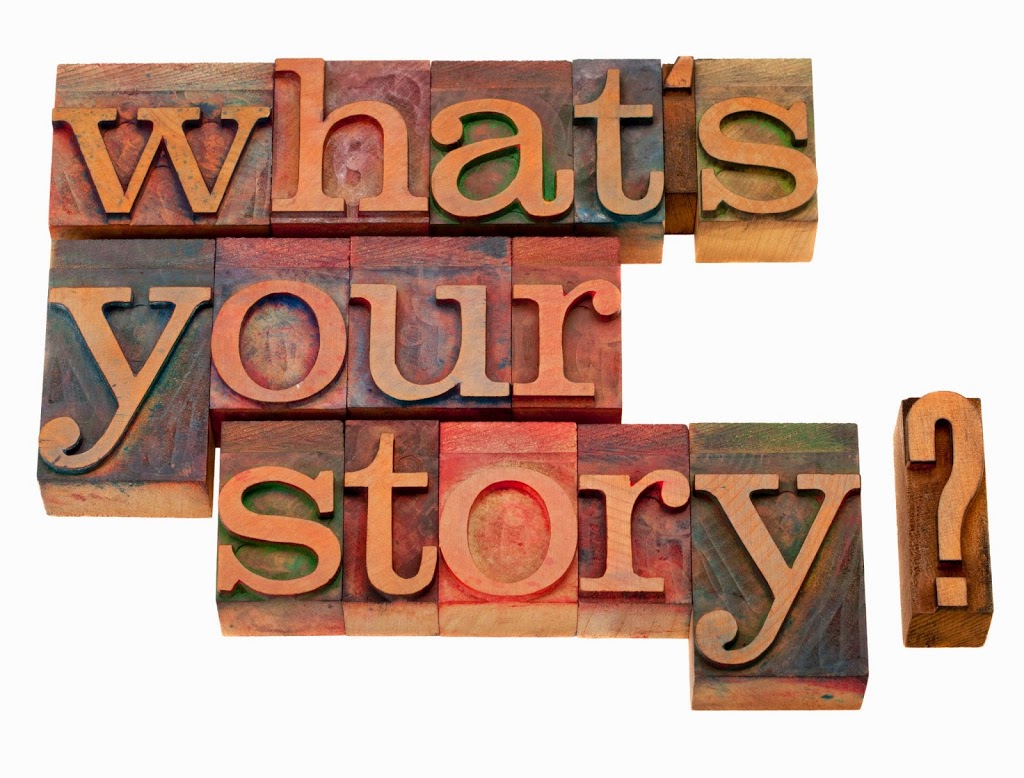 The interesting aspect about sharing our money stories is that everyone has their own. In a family this means that we each have our own story about the same set of events. Our kids, parents, and spouses all have their versions to go off of. And the story continues to morph and change over the years, perhaps to end up as something very different from where it started.

Even as identical twins we each experience events differently and remember them with different stories. This is in part why we opted to share our money stories in the way that we have, allowing us to release these stories into the universe and set them free. Along with a dash of forgiveness and some self reflection, we hope for them to shift us into the next dimension of our ever flowing stories of life.

We thank you for taking to time to read along and hope they have helped you to reflect some on the stories you have around money. 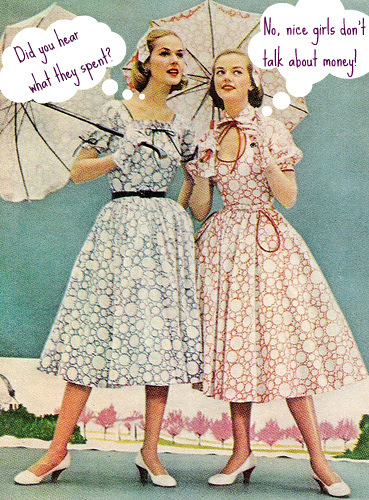 Miel and I enjoy observing our cultural environment, having both lived abroad as exchange students at an early age, and continuing on to major in International Affairs/Studies. Miel has lived abroad for far longer than me, but paying attention to your cultural surroundings can be practiced anywhere.

Our money stories are so deeply intertwined with our culture that it’s impossible to separate them from our personal beliefs.

Here are some personal beliefs that I/we have held in the past that we are more than ready to release:

This feels like it just scratches the surface of all the negative money stories we’ve bought into through our American culture.

What negative money beliefs/stories are you ready to stop believing in? 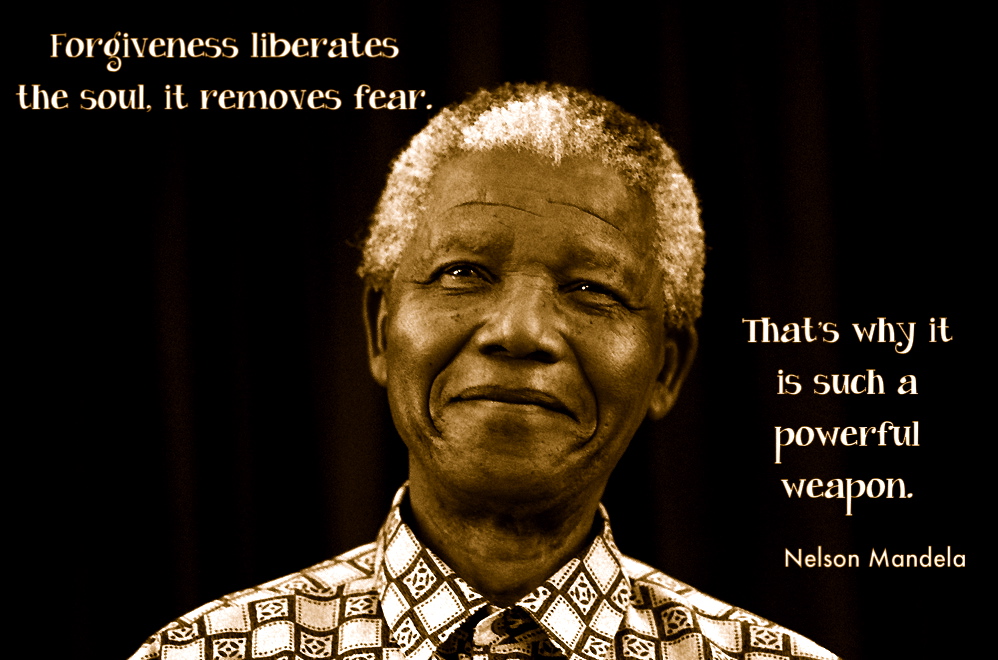 Perhaps the most important aspect of sharing our stories is to accept and forgive them. Sometimes that means a particular person, a more naive version of yourself, or a belief that you simply soaked in through your culture. Our stories have more to do with our understanding of the world than the actual reality.

In writing my stories , I felt that honesty was the most important thing in helping release any doubts about my self worth or my ability to manifest my dreams. I knew that no one else could possibly remember things the same way, and that each of my close family/friends has their own version. I wanted to be sensitive to those diverse perspectives, but I needed to be completely honest in order for this whole forgiveness thing to work.

So, it didn’t entirely surprise me that a close family member read my post about Before Becoming a Cronin and took offense for saying “Essentially Kevin forgave me for growing up poor. He fell in love with me in spite of my meager upbringing, knowing that I was determined to be successful in life.” We had a long heart-to-heart, and I explained that it wasn’t that I felt poor growing up (with the exception of a few minor hardships), but that this realization of “growing up poor” first came to mind once I was out in the world. And, yes, wealth is all relative. As we both shared, we were very well off compared to most of our friends growing up and our parents were/are very generous. My parents were/are successful in life, just not in a monetary way.

My point in detailing Kevin’s comparatively elite upcoming was to share the fact that we come from very different socioeconomic backgrounds. Early on a running joke of ours was that he fell in love with me even though I lived in trailer when we met (to save money for returning to Denmark), and I would loving remind him that he was an even poorer grad student. For the longest time he would tease me about the rednecks I grew up with, knowing full well that I came from a very distinct and privileged hippy breed. I honestly don’t think that Kevin would have been attracted me if I weren’t already a confident and hard-working person . And just as he forgave me for growing up poor, I in turn forgave him for growing up rich (As Miel did with James). He wasn’t saddled with college debt and could always afford his picky tastes. I was probably secretly happy that his parents didn’t continue to support him into adulthood, because I don’t know if we could have related if he had never known what it feels like to come up with rent.

So, I hope my sincere apology will be accepted. I know in my heart that any adversity I’ve faced in life has only made me a stronger person. Publishing these personal stories isn’t about tooting my horn or raking mud with my family, but it’s my/our first step in releasing the subconscious money baggage that’s been holding us back…a nd no, I don’t feel held back by anyone but myself. I’m responsible for my own abundance, even as I give gratitude to everyone in my life who has and will help along my path.

Again, with each money story, big and small, repeat this forgiveness mantra:

I accept you. I forgive you. I love you.