After our father, Wally, passed away we both seemed to have a new lens on life, especially on how to spend our time and energy. We started to call it, What Would Wally Want? and his lifelong partner “best-ex” liked to think about What Would Wally Do? 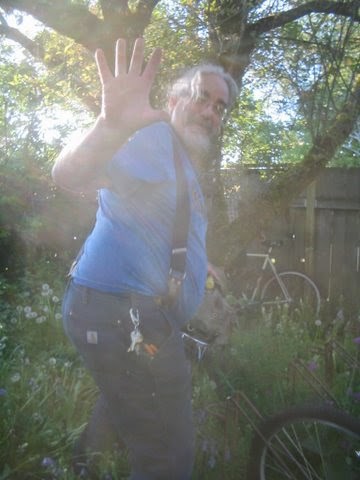 Before we share that chapter of our money stories, there are a few that surround Wally’s death

With that, we continue to try to live each day and spend each dollar evaluating the true worth. Indeed there are paradoxes between living in the moment, and trying to think about future generations. But the sweet spot is indeed sweet.
Who inspires your money decisions?
What dreams are you investing in?
Darcy and Miel

One way to identify your own limiting beliefs is to ask yourself “If money wasn’t an issue or if you “won the lottery” today, what would your do with your life?”I’m sure that I had done this little self-growth exercise along my journey, but it wasn’t until my father passed away that I was able to answer it deeply.

After Wally’s death, we (being my sister and his best-ex, Karen) came up with a way to reference things through Wally’s unique lens on life. We called it WWWW: What Would Wally Want?? We’ll talk about this in our next shared post.

Have a blessed day!
Darcy

I realized while reading this morning that I have a big money story that completely escaped me while going back in time.  I am reading Monique and The Mango Rains, Two Years Living With a Midwife in Mali. While the author, Kris Holloway, was a volunteer ten years before I was, village life across West Africa transcends time.  Following along her story brings me back repeatedly to my own experiences as a Peace Corps Volunteer in Ghana.

The money story is one that involves life and death.  In my case the story actually included my twin sis Darcy, who was visiting me for several weeks in Ghana at the end of my service.  She was there to see my enstolling as Queen Mother and got a glimpse at what my life was like as a PCV. 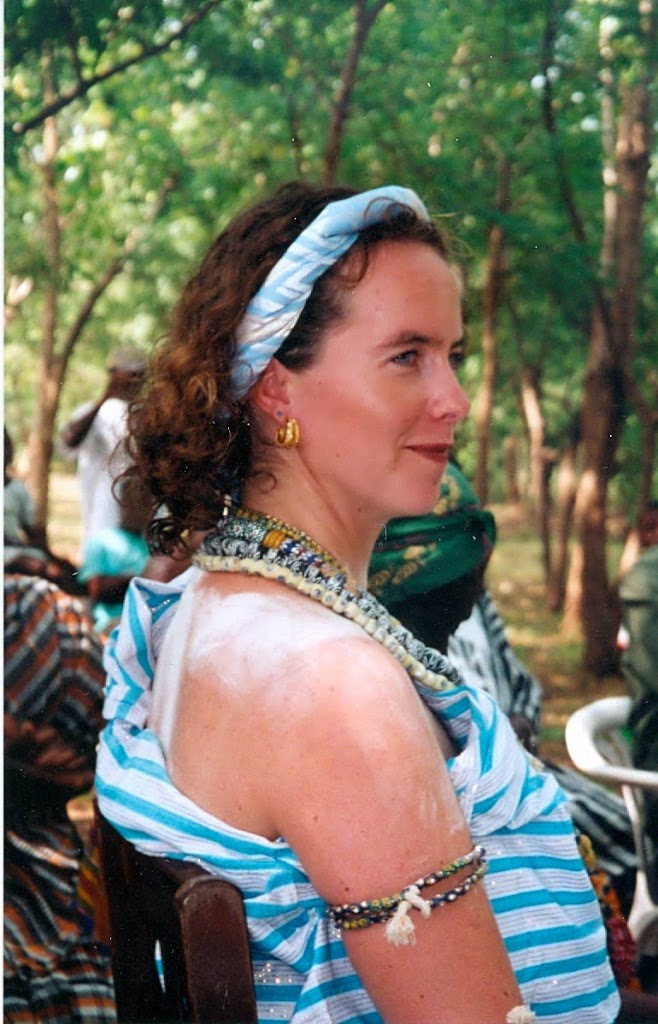 The story begins close to dusk, when we were returning to my house after being away for most of the day.  We ran in the caretaker of my compound – the larger family house that I inhabited two rooms that were once the library of a big man in my village who had passed away in the late 80s and left three wives and 14 children.  He took care of the house, though often slept in the village with his wife and family.

We greeted the caretaker, customarily asking after his family and such.  He said that his youngest son, who his wife was pregnant with when I arrived in the village, was not doing well.  He had come to get his bible to pray through the night because he didn’t think he would make it until the morning.
I of course began to inquire about the specific symptoms to see what I could do.  From my trusty guide of Where There is No Doctor, my best guess was the possibility of tetanus.  Knowing the seriousness of this, and believing that he would not make it without intervention, we sprang into action.
We went into the village to meet the child and assess the situation further.  We called the old guy from the clinic and got an injection, I think of penicillin, while we sorted out transportation.  My village was one stop away from a road that didn’t go through, so villagers tracked the movement of vehicles to determine whether one would pass again that night.  We were in no such luck.  The only vehicle that sometimes slept in the village was out of gas.
This meant our only hope was if a car happened to pass unexpectedly.  The odds of this were low.  We waited for several hours, while watching out for cars.  Then we saw the headlights off in the distance as the noisy truck approached.  I stood on the road, the only white lady for miles (except now with my twin) and tried to flag down the truck.  They were barreling down the road and I realized they had no intention of stopping.  They were our last hope.  Gauging their speed, I went for my last ditch effort and stood right in the middle of the road, which was not wide enough for them to pass me. I knew I would retreat if indeed they failed to stop, but managed to get them to stop at the very last minute.
They thought I was crazy, I may have been at that moment, but still didn’t want to help.  Eventually I negotiated to charter the truck and paid about $20 for them to take is to the hospital about 30km away.  The parents, child, my sister, and I set out for the hospital, by now around 10 at night.
We admitted the child into the hospital and all prayed for the best.  We visited him the next morning but then had to leave to get my sister on a plane back home.  I ensured that we would take care of the medical bills and transportation costs.
In the end he had cerebral meningitis, which was just as life threatening or more than the possibility of tetanus.  He was in the hospital for a month before he returned to the village.  My sis helped to cover part of the bill, which was $80 for everything, but was more than a month’s salary for me and out of the question for his parents to afford.  It was the difference between life and death. 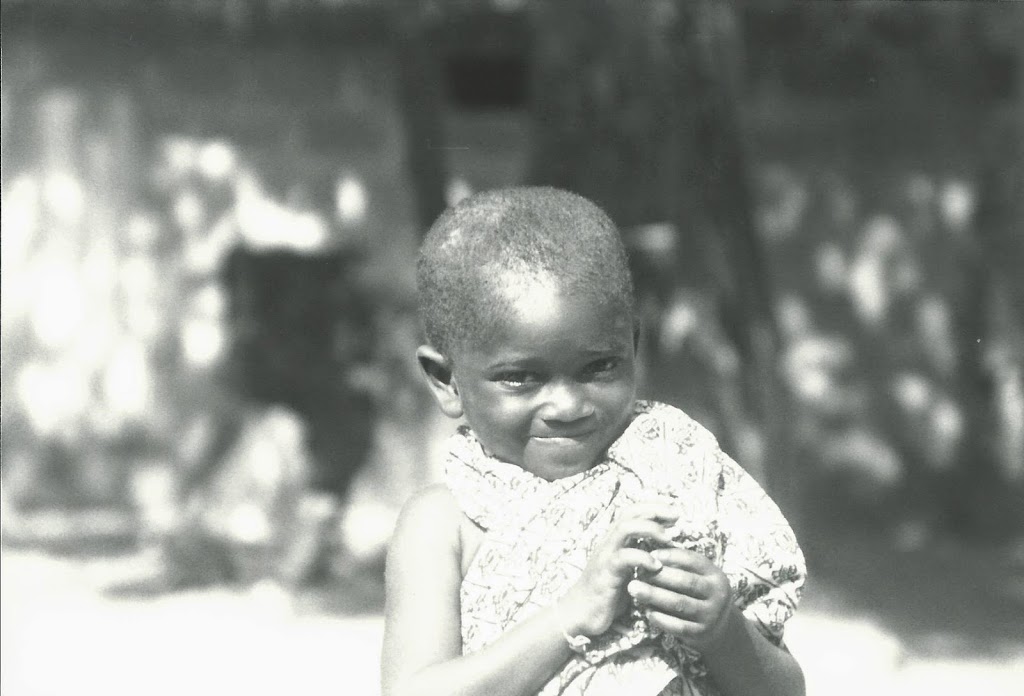 When I sit now, nursing my first child, I can’t imagine being in a position where I couldn’t afford to save the life of my own child.  It makes me feel ever so fortunate to have so many opportunities that are often easy to take for granted.

When the child returned to the village, he clearly knew I had connected with him.  While I had lots of kids who admired and hung around my house, suddenly he was there at all hours.  When I awoke in the morning he was there shortly after (maybe even before).  Previously kids had kept a certain distance, but he was now up in my lap as often as he could be.
I was at the end of my service and finally started to tell the kids that I was leaving the village.  His response was to tell the other kids that he would be leaving with me.  As a single 22 year old I knew this wasn’t an option for me or for his family.  When I did leave my village I had to take him from clinging onto me to get in my car to leave.  It was heart breaking.
Not as heart braking as the case of Kris Holloway’s story.  The outcome was not as kind, and the child passed away of malnutrition.  Having seen some of the worst possible cases of malnutrition in Africa, I can truly imagine.  I know all too well the fragile hold they have on life.
I am forever grateful for the opportunities I have in life, including the opportunities I have to give back.
Miel

Every couple has their own quirks and dialogues about money. Generally these are pretty repetitive. Our marriage is no different. What I have noticed in this post is that what shows up is certainly more “story” than “the story”. The relative present is much more laden with story than what happened years ago.

Each chapter of my life brings a ton more stories…here we go…looking forward to getting this all off my mind to be able to start focusing on manifesting money for our current family dreams. 🙂

Lastly, in retrospect, having kids hasn’t really changed who we are or what we prioritize in life. We still want to live as down-to-earth as possible, avoiding the consumer culture as much as we can. We believe spending money on experiences and travel is more important than buying stuff.
In my next post I’ll reflect on life after we received a family inheritance, since it has changed things for us financially…although plenty still feels the same…
Have a beautiful day,
Darcy