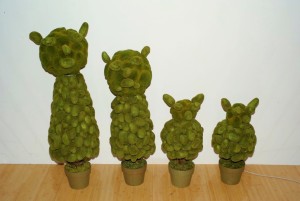 I happened to be home for Earth Day, since our Girly was still sick with a stomach bug. Overall she was in good spirits, so I couldn’t begrudge this minor bout of ill health. A big part of living in abundance is being grateful. Plus, I got to work in the garden for a little while.


After a long day of toddler chasing, I took a rare break. Oprah had an Earth Day special with an eye opening comparison of two families, one family was recycle-energy crazed and the other was careless about their eco-footprint. You need to watch the segment to really see the extremes, but it was a stark contrast. The shocker was that the wasteful family had an electricity bill of $400-600 per month ! The family from Portland spent an average of $33, our family spends $44 (so we have some room for improvement.) There were several key moments where you could see the families learning and changing, and the best was to hear from the kids. The Portland mom also did a great job of explaining why it matters and why she cares.


I saw several similarities between us and the Portland family. We also use the same shower timer, although we do not ration showers to two per week! I’m sure their water/sewer bill must be lower than ours. The Portland family was also much better about riding bikes as a family, that’s one area where I feel like I’ve been slacking a bit. We are great about taking the bus, but I haven’t quite gotten the kids geared up for bicycle trips yet (surfing Craigslist for a ride-along and baby seat if you have any leads…)


On a final note, I don’t want to sound “greener-than-thou,” but I have to say that while I find Oprah inspirational in many ways, I’ve been frustrated a few times by her previous lack of interest in environmental issues, especially climate change back in the Gore days. Knowing her influence on people, I’ve secretly hoped for years that she would see the “green” light. And even though I don’t watch with any regularity, I have seen progress in her mindset and awareness of issues. Oprah is a mainstream barometer, and after today’s show, I think more families are going to look to green solutions to save money and the environment.


Did you watch the show or check out the Web page?
How can you relate to the families?