If you’re just getting started in the world of Forex, you probably know the choice of Forex brokers ahead is one of the biggest initial decisions you’re going to have to make. With so many choices available, how are you going to select the right one? These tips can help.

When You Do Choose a Forex Broker

If you’ve managed to narrow your list down to two or three brokers, congratulations! The next best step for you to take is to open a few demo accounts. Learn more about what the broker has to offer you, and explore their customer service while you’re at it. You’re going to find a connection that is certainly worth having in the process, and then you’ll know which broker is perfect for you. 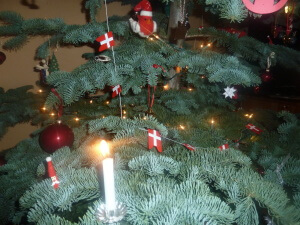 We are very fortunate to have a lovely collection of Danish ornaments from my time there, plus many from my host parents over the years.

Miel already shared her strategies for staying out of holiday debt, so now it’s my go to add my personal ideas:

What personal ways can you save money this season and feel good about it? Our home is no longer truly “under water,” but the irony is that now I feel like it is. (See my previous Vent Tunnel).

We bought our home in June 2008, just a month before the market completely crashed. At the time we simply felt lucky that we were able to sell our starter home for such a profit. We bought for $195k, which was the median price in Portland back in 2004, and we sold for $265k. We felt like we put a lot of sweat equity into the yard and some cash into making it much energy efficient, but it was still a sweet return on investment.

We poured every penny of profit into our next home, which we bought for $422k at the height of the bubble. Even though it wasn’t a bargain, we felt very lucky to have managed the move when we did. Some of our neighbors who listed just after us had their homes sit on the market all summer never to sell, and two years later we saw a very similar house around the corner from our old place on the market for $190k. Boy am I glad we’re past those times.

In December 2010, just over a year after moving in, we decided to refinance, which required an appraisal. It came in very low, $372k, a full $50k below what we bought our place for. At the time we took this news in stride, simply feeling grateful for just owning (or rather being able to buy) our home during such unsteady financial times . We also didn’t plan on moving in the foreseeable future, so it didn’t feel like a problem as long as we were happy in our home and able to pay the mortgage.

In the years since, I’ve been glad to see the market improve but honestly haven’t given much thought to the value of our home. Yet, after going house shopping for Miel in early fall, we started seriously considering moving, even to the point of finding a four bedroom place near Irving Park that we felt would be perfect us. So, we started taking steps to list our place, but were stopped in our tracks.

We were honestly shocked when our Realtor informed us that our house should be listed for $450k (which still feels very conservative). Yet, the comparative market value is really hard run since there aren’t many home like ours so close-in (and the fact that there are still plenty of fixers in our neighborhood doesn’t help). Zillow puts our place at $497k, and we frankly feel it’s worth that.

It’s not the estimated of our home that makes me suddenly feel under water, it’s the fact that in order for us to keep our current mortgage we could only afford a place for around $430k, when had been hoping to buy for about $650k. Plus, we just put on a new roof for $10k and our other repairs and upgrades at least total that much. So, that’s why the idea of putting our place on the market for $450 feels like a slap in the face.

After a month, I’m finally able to move past this feeling of defeat (it didn’t help that after paying several thousand trying to make our basement dry, it flooded worse than ever with the rains…ugh). Now I’m feeling reinspired, and ready to get to work on some improvements that will in fact improve our home’s value.

Has your home ever been under water?

How did you get past that sinking feeling?

You’ve heard of the staycation as a way to save resources and live a bit more lightly in your vacation’s environmental impact. If you would still like to get away a bit, consider a closer destination. If you are like me there has to be somewhere in North America you haven’t yet explored.

As I wrap up a trip to the Big Easy, I wanted to share some sustainable family travel tips for New Orleans:

See More with Public Transport – Being in the DC mode (and traveling with an infant) I opted to jump in a cab at the airport. My mom, who joined me to take care of Clark during a Finance Blogger conference, opted to take the airport shuttle and practically got a tour en route from the airport. We also opted for the old trolley car to explore the Garden District and were happy to support a pedicab after our walking tour was over.

Educate Yourself – Whether it is a museum, like the Insectarium that we visited, or a voodoo walking tour, you’ll probably thank yourself for what you’ve learned while exploring. People watching is also an excellent way to learn about wherever you are traveling to.

Avoid Tchotchkes – There is really no need for trinkets to remind you of your travels. We will let Clark keep his first set of Mardi Gas beads for awhile though, since they are cheap entertainment for kids of all ages.

Explore the Local Cuisine – You have to eat, so you might as well have this be part of your adventures in trying something new. In the south that is easier than you’d think.

What local(ish) places have you explored lately? Darcy and her family took a family vacation to British Columbia, Canada this summer and had a great trip.

One critical aspect of maintaining a healthy and sustainable family approach to finances is to take time to appreciate all you have and to give thanks.  Today is our 8th wedding anniversary and I couldn’t be more thankful than for all that we have in our lives.

Top on our list is Clark, the new addition to our family.  We actually decided to take the plunge and try to get pregnant last year at our anniversary.  Twenty-two years after we first dated, and ten years of living together (if you don’t account for time overseas), we’ve now moved on to the next phase.  Perhaps we should be calling it AC, After Clark, given the change he means in our life.

Having a child definitely changes our family as well as our finances, and despite the financial cost in terms of expenses, I feel that all aspects are actually a net positive in terms of what we gain be Clark’s presence in our lives.

I look forward to sharing our process as a newly expanded family with our readers and hearing about your perspectives on family finances.

For those interested in the nitty gritty of our finances, you can check out our current worth at DINKs Finance.  You can also check out Clark’s Birth Story.