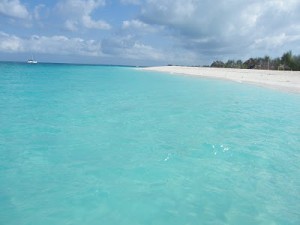 
Here’s a pic from my Twin Sis’ recent travels in Zanzibar – doesn’t it make you want a vacation?!

As I’ve mentioned before, I’m buried in outgrown kid clothes/stuff and am anxious to purge them (even though it is hard to let go a cute outfit like this one). Some of the clothes and gear I’ve already passed on to friends , but honestly there a lot of value still left in them and I’m reluctant to pass them all on without recouping some of cost. Any way about it, it’s going to take a big effort, but I want to be as efficient as possible and get the most return for my time, energy and kid stuff . Plus, any proceeds from my sale are earmarked as spending money for our Denmark trip, so I’ve got an incentive.


So, I had heard about  the Pass It On sale  from my friend Stacy, and was about to research it some more when I was on UrbanMamas and saw an ad for Just Between Friends at the Portland Expo, April 30th – May 1st . This one appealed to me more, since it’s on the MAX line, so I’ve signed up as a consignor and a volunteer.


My goal this spring was hold a huge yard sale, but honestly the idea of sitting around all weekend hawking kid stuff isn’t my idea of relaxation. I’ll probably still do a household porch sale, but at least I won’t be buried in kid stuff. Plus, I don’t really think I would be able to get the same volume of sales as at a huge consignment sale, like Just Between Friends.


Also, the idea of selling at consignment stores was even more daunting. I’ve taken a some clothes to Bella Stella, but out of several bags of high quality in season clothes, they took about a 1/2 bag. Then in order to get the credit I have to go back and shop within six months…which reminds me that I need to shop soon!


“Just between friends” if you’re interested in getting first look at some of my stuff, get in touch. Also, let me know if you’d like to shop together for sale itself.


Have you consigned, shopped or volunteered at a consignment sale?

As always, I can’t help but share my enthusiasm for Annie Leonard and her brilliant Story of Stuff films series. So here’s the latest, which is about corporate power and how citizens lost control. It’s less than ten minutes, and you’ll no doubt be inspired…or at least motivated to take action:


What are your thoughts on the film/topic? 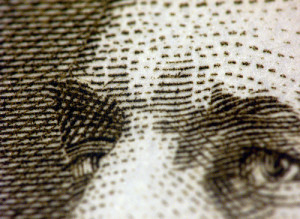 I’m still trying to digest our expenses for the month of February, because it honestly doesn’t feel like we spent that much money. Once I looked closer at the expenses, there’s actually nothing we purchased the will last longer than what’s in our fridge/cupboard. In fact, w e spent a total of $438.83 on groceries, and another $278.77 eating out. We also spent $170 on charities. But we were frugal in other ways, my $20 haircut and we only filled the gas tank up once (still have a half tank too).


Now I can better see how Hubby’s common saying is that “we are hemorrhaging money!” It does make it seem more real to type it all up and share it with you …here it goes: