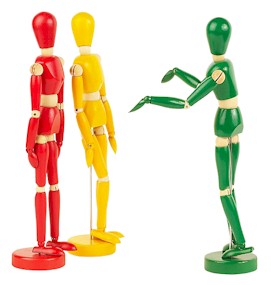 After chatting with your significant other about your dreams and finances, and once you choose a bank that invests in your values, I’ve got another item for you to consider.

Do you have a network of people who support your own goals of living in sustainable abundance? Do you know your neighbors? Do you have a proverbial safety net for your family?

Most financial advisors recommend that one of the first things you should do after paying off any debt is create an emergency fund, but what seems to be undervalued in our society is social capital.


Social capital is about creating mutually beneficial relationships of caring and reciprocity. It’s about sharing our talents and interests in a unique relationship that builds bonds and creates a dynamic network of giving. I found a fun post on  Aha-Moments that shares a story of how a family going away on vacation gave away green tomatoes to neighbors who had helped them in a variety of ways. Its about developing a network that sustains your family in ways that money really cannot.

S ocial capital is essential to creating sustainability , and build networks to create social change. Paul Krugman talks about the need for accelerated social change and its relationship to social capital. The creator of the Story of Stuff would also have to agree:


“So the number one thing to do is to hook up with others who share your values and start making some real change.” – Annie Leonard from Umbra interview on Grist

Now on a practical day-to-day busy-family level, I understand that creating social capital is not at the top of the to-do list (laundry seems to trump all!) Yet, I would encourage you to look a month or two in the future and plan just one way to create social capital.


In our family, we moved a year and a half ago (about five miles), and even though we’ve made our best effort to reach out to our neighbors, I feel like we’re just beginning to really scratch the social capital surface. Perhaps the best thing we’ve done was to host a neighborhood BBQ last summer. We ended up meeting several neighbors who we hadn’t managed to meet in our first year on the block. Everyone had a really nice time, and I got everyone’s contact info for when we want/need to get in touch. Similarly, a co-worker hosts an annual neighborhood Easter Egg Hunt. I’m hoping this summer we’ll be able to create more social capital and dig a little deeper to develop more community ties.

How does your family create social capital?
Has there been a time you wish you had more?

~*~*~*~*~*~
Sustainable Family Finances  The story of a family creating an abundant and sustainable life.

PS In case you are actually interested in some academic research on the subject, here is an excerpt from my Master’s thesis, June 2005 – Antioch University Seattle:

In order to create a sustainable place to live, the social relationships that build a community must be nurtured. Learning about the importance of social capital is one approach to understanding why cities need to value community. Social capital has been defined as:

“the features of social organization, such as networks, norms and social trust that facilitate coordination and cooperation for mutual benefit” (Putnam, 1995, p.67).

A broader definition is given by Coleman, who describes social capital as:

‘‘a variety of different entities, with two elements in common: they all consist of some aspect of social structure, and they facilitate certain actions of actors—whether personal or corporate actors—within the structure’’ (1988, p. 598).

While, Woolcock (2001) argues that a relative consensus has been struck among scholars on the definition of social capital as referring to ‘‘the norms and

In recent years, the study of social capital has branched beyond its origins of sociology (Coleman, 1988) to applied studies of governance (Bowles and Gintis, 2000), health care (, 2003), and environmental planning (Rydin and Pennington, 2000). Assessing the value of social capital became in vogue with the seminal research (Putnam, 1993), and popular book, Bowling Alone: The Collapse and Revival of American Community (Putnam, 2000).

Social scientists have identified two types of social capital, referred to as “bonding” and “bridging” (Gittell and Vidal, 1998). Bonding capital is created between people who have an existing social proximity their neighborhood, career or perhaps family friends. Interestingly bonding capital has a strong connection to creating class, and is employed in either “getting by” or “getting ahead” depending on your class status (Granovetter, 1973). Bridging capital is considerably less common and is developed by crossing societal boundaries such as race or class, which are often inhibiting factors in social relations. This type of social capital was formed during the civil rights movement (Putnam, 2000), and which could be generated more in the environmental movement.

Social capital is a factor that influences a community’s ability to implement comprehensive sustainable design (Pretty and Ward, 2001). This is particularly due to the ability of social capital to enhance public participation in local decision-making;

“Social capital is also self-reinforcing when exchanges and reciprocity increase connectedness between people, leading to greater trust, which, in turn, enhances collective decision-making confidence and capacity to innovate” (Brunckhorst, 2002, p. 110).

Furthermore, “social capital is closely related to what some have called ‘civic virtue’. As is well known, civic virtue is linked to active citizenship, the political dimension of people’s identities” (Evers, 2003, p. 14). This so-called civic virtue is essential to working for the common good, and developing long-term community partnerships. The dynamic nature of social capital is important to understand if we are to create a sustainable city.